The 73rd Ohio Volunteer Infantry Regiment band, in its current form, was established in 2011. The organization exists for the purpose of enriching, edifying, and entertaining the modern public with historically authentic music and playing techniques contemporary of the time period of the War of the Rebellion and presenting it, when possible, through performance with authentic instrumentation typical of military regimental brass bands of that era.

The 73rd Ohio Volunteer Infantry Regiment Band is based in Waverly, Ohio, with its members being from throughout the state of Ohio. 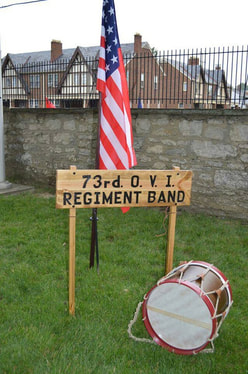 The 73rd Ohio Volunteer Infantry Regiment Band has performed at various events and locations, including:


States in which the 73rd has appeared include: Ohio, Pennsylvania, Kentucky, Tennessee, New York, Virginia